The concept of cryogenics refers to the techniques and practices that are carried out using very low temperatures. Cryogenics is applied in processes of various fields.

One of the most frequent uses of cryogenics is linked to superconducting materials (which, under certain conditions, can develop the conduction of electric current without resistance and without registering energy losses ). For superconductivity to be generated, it is necessary to reach very low temperatures, below -138 °C. Cryogenics, in this context, allows superconducting magnets in nuclear magnetic resonance equipment to be kept at the temperature they need, for example.

Another use of cryogenic techniques is found in the process of freezing food. By applying carbon dioxide or nitrogen, it is possible to freeze food products for preservation.

The concept of cryogenics is also linked to cryopreservation, more precisely to cryonics. Cryopreservation is the freezing of tissues and cells at a very low temperature so that their vital functions decrease to a minimum and biological activity is interrupted. Cryonics consists of preserving human beings and other animals under these conditions when current knowledge is not enough to keep them alive: the goal is that, in the future, with the advancement of science, frozen living beings can be reanimated to receive the proper treatment.

It is important to note that many scientists doubt the current usefulness of cryonics given the impossibility of reversing the process (that is, of “reviving” beings whose life is suspended).

The biggest dilemma of cryogenics applied to the conservation of living beings for their subsequent return to life focuses on moral questions, on the rights of living beings, on the scope of our actions on this planet. Many think of the acclaimed Walt Disney when the word cryopreservation comes up, since at the time the rumor spread that he had resorted to this technique to avoid dying from lung cancer; However, there are real cases of people who do not participate in this decision, as happened in 2015 with the Thai girl Matherym Naovaratpong.

Matherym Naovaratpong, affectionately called Einz by his family , died before his third birthday from a brain tumor. Her parents, both medical engineers, decided to “give their daughter a second chance,” and to that end they asked the non-profit organization Alcor, located in Arizona, United States, to keep her brain in their center through the cryogenics to bring her back to life in the future.

Suffering from the loss of a loved one is something that cannot be defined, measured or explained, and that we would all like to avoid. However, it is possible to argue that it is not in our hands to decide who lives and who dies, or how long each person’s life should last; Although it is very difficult for us to accept it, this apparent arbitrariness, which allows an individual to cross the hundred-year-old line and take a girl who is only two, is part of life.

Experts in this type of cryogenics do not promise fantastic results, but admit that at the moment they are conducting a real experiment. Many believe that in the middle of this century we will see the first results, but at present there are no patients who have been “revived”. In the particular case of Einz, since only her brain is preserved, it is not expected that she herself will continue to live but, in the best of cases, it will be another individual with her memories who returns to the arms of her. her parents. 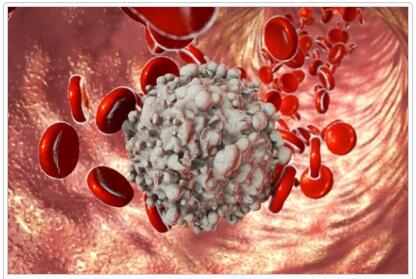