What is an acetabular fracture?

According to biotionary.com, the acetabulum is the hip or pelvic socket. It forms the bony and crescent-shaped part of the hip joint. In the acetabulum the iliac bone (os ilium), pubic bone (os pubis) and ischium (os ischii) meet. If the acetabulum is affected by a primary or secondary fracture, it is an acetabular fracture. A direct or primary fracture has a fracture gap less than one millimeter.

Fractures are caused by direct or indirect violence on a bony element. The causing force exceeds the elasticity and strength of the affected bone. Therefore the bone gives in to the pressure. A real fracture is only considered to be when the bone has been completely severed. In the injury phase of the fracture, the angle of the fracture and the fracture line are determined.

In addition to the severity of the force, these parameters also depend on the angle of the forces acting. The acetabular fracture is usually caused by indirect force. The most common victims are those whose knees hit the dashboard. The impact exerted indirect pressure on the acetabulum.

In an acetabular fracture, there are local signs of injury such as swellings or hematomas in the fracture gap. In addition to a disturbed function, there is often a more or less severe misalignment of the hip joint, which may be noticeable in the shortening of a leg. In such a hip dislocation, the joint head lies outside the acetabulum. This phenomenon can cause femoral head necrosis or hip joint osteoarthritis.

If the femoral nerve was injured by the fracture or if it is trapped in the fracture gap, severe restrictions on movement occur. Active flexion in the hip joint is no longer possible. The patient is also not able to stand up from a lying position. Accompanying injuries in impact trauma are often bony patellar fractures or femoral head fractures.

The clinical picture and the mechanism of the injury allow the doctor to conclude that there is an injury to the acetabulum. During the clinical examination, the doctor checks the blood circulation as well as the motor skills and the sensitivity of the affected area. The diagnosis is confirmed by x-rays.

In addition to a pelvic overview exposure, special exposures such as an Ala exposure and an obturator exposure are commissioned. The obturator exposure is made with a beam path of 45 degrees with the hip raised. A computed tomography may round the diagnosis. A pure dislocation and a femoral head fracture, a femoral neck fracture and a pelvic fracture can be excluded from the differential diagnosis.

Vascular and nerve damage must also be taken into account in the differential diagnosis. Because steps often remain on the joint surfaces after an acetabular socket fracture, many patients with acetabular fractures later develop coxarthrosis. Therefore, the prognosis for complete healing is rather poor.

The affected person is sometimes dependent on walking aids and can no longer move on his own. Since the acetabular fracture usually occurs in a severe accident, trauma and fractures occur in other parts of the body that can negatively affect movement and life.

The symptom can be diagnosed relatively well by the doctor and treated accordingly. In most cases, the treatment is surgically and does not lead to any further complications or complaints afterwards. Various metal implants are used to position and hold the bones.

The pain disappears after the operation and is treated with painkillers beforehand. The treatment usually leads to a positive course of the disease. In older patients, the use of prostheses and artificial hip joints is necessary in order to avoid restricted mobility.

A doctor should always be consulted after a fall or accident. The doctor can determine without a doubt whether a fracture or a break has occurred and refer the person concerned to the respective specialist. If an acetabular fracture is suspected, the medical examination should not be delayed any longer due to the possible complications. Above all, pain and swelling require rapid treatment by the doctor.

If there is a suspicion of a multiple break, going to the emergency room is also an option. This always depends on the symptoms and the cause of the injury. A bruise of the hip pelvis does not necessarily have to be treated medically, while a complete fracture has to be treated in the hospital in any case.

Older patients who have an acetabular fracture usually receive a total hip prosthesis. In order to ensure that the injury heals well, further medical examinations are usually necessary after the fracture has healed. In addition, the medication sometimes has to be adjusted to ensure a painless healing process.

Acetabular fractures are usually treated surgically. If the fracture is not accompanied by a displacement of the bone fragments and has a fracture gap of less than two millimeters, conservative treatment takes place. A plaster of paris to immobilize this fracture is usually not enough.

Most acetabular fractures require precise repositioning and plating of the bone fragments so that the fracture does not heal together in a misaligned position and the acetabulum does not lose its function. For surgical treatment, osteosynthesis is usually the treatment of choice. The procedure is used to restore full functionality to the bone.

Osteosynthesis involves anatomical repositioning of the bone. Corresponding bone fragments are fixed in a relatively normal position. Stabilization is done by means such as the Kirschner wire. If necessary, metal implants are placed to hold the fragments together correctly.

The prognosis for an acetabular fracture depends on the extent of the fracture and the general health of the patient. The more severe the bone damage and the older the patient, the more unfavorable the course.

In a healthy middle-aged person, the prognosis is good. After an operation and a correction of the bones, a regeneration process occurs that lasts for a few months. The operation is challenging as the bones must be precisely repositioned. This takes a few hours under general anesthesia.

If complications arise, the prospect of an optimal recovery worsens. Patients often suffer from previous illnesses that weaken the organism and delay healing. Existing bone diseases can contribute to an unfavorable course. In some cases freedom from symptoms is no longer possible.

Targeted exercises and training units help the patient after the operation to optimize his range of motion and slowly rebuild his body. Overloading must be avoided in order not to relapse.

Misalignments of the body and one-sided heavy loads can lead to secondary diseases that should be avoided. Without treatment, there is no alleviation of the symptoms. The bones were permanently damaged. The body has no means of healing itself to alleviate the symptoms and to be able to heal.

In order to prevent the acetabular fracture, direct or indirect force should be avoided on the acetabulum.

In younger patients, surgical treatment of an acetabular fracture is almost always successful and without complications. The best way for patients to help themselves is to consult a doctor promptly in the event of a hip injury and to strictly follow all medical instructions before and after an operation. In particular, the pelvic socket must not be overloaded before the fracture has healed completely.

Older patients often suffer hip injuries as a result of falls or other everyday accidents. In the case of an acetabular fracture, the use of prostheses and artificial hip joints is usually necessary in order to counteract permanent restriction of movement.

But hip operations are very exhausting and not without danger for seniors. This group of people should therefore take preventive measures and actively contribute to accident prevention in everyday life. Only TÜV-tested step ladders should be used in the house.

If the motor skills or the sense of balance are already impaired, it is better not to use the upper sections of shelves and cupboards that cannot be reached without a climbing aid. In bad weather conditions and slippery roads, an assistant should always be used as a precaution.

If the hip is injured anyway, it is necessary to start rehabilitation in good time in order to regain mobility as much as possible. Patients should find a good physical therapist and practice with them regularly. 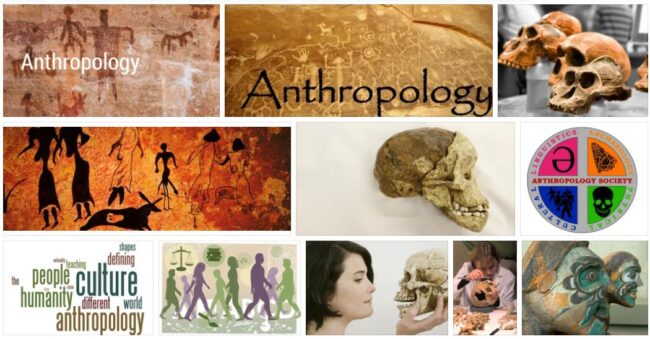